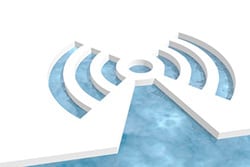 You’re probably familiar with 3G, 4G, and Wi-Fi hotspots. In today’s increasingly connected mobile world, there are a variety of ways to get and stay connected to the Internet, but what’s really the safest way?

Truth be told, nothing is 100% safe. However, there are ways that you can beef up your own security to get as close to that 100% as possible. It begins with understanding what these technologies are, and the risks that come along with them.

How Do Mobile Devices Connect to the Internet?

Let’s break down the three different ways your mobile device can connect to the Internet, and how these connections work:

4G-enabled devices connect to the Internet though their provider’s cellular connection. Instead of receiving a signal from an Internet Service Provider as the device would at home or work, it receives data from the cellular company in the same way it receives a mobile phone connection. 4G allows users to access the Internet anywhere they receive signal. Fortunately, data being sent via 4G is encrypted, making 4G safer than public Wi-Fi.

These are the types of networks you would find in your office or at home. Private Wi-Fi connections, when properly set up, allow password-protected access and encryption to the data that is being sent and received.

Public Wi-Fi hotspots are found in public places such as airports, coffee shops, malls, restaurants, and hotels — virtually anywhere, really. Public Wi-Fi is the least safe way to connect to the Internet, and it’s really a wildcard. There are so many unknown variables, but the main problem with using a public network is being unable to determine if it is 100% safe. You really can’t know if it’s safe or not unless you have a way to secure your connection, such as with a virtual private network, or VPN.

Can 4G Be Hacked?

At the risk of sounding like a broken record, nothing connected to the Internet is 100% invincible to cybercriminals all the time. However, when it comes to 4G, hacking seems to still be in the proof-of-concept stage. Proof-of-concepts happen when white hat hackers (the good guys, who are usually researchers) look for ways they can compromise a system. There have been a few successful cases of people hacking into 4G via man-in-the-middle attacks (MITM).

An MITM attack is like eavesdropping. Attackers can place themselves either between two unsuspecting victims, or between the user and the app, or even between two machines, and “listen in” on the transmissions being sent back and forth.

So, for now, the short answer is yes, 4G can be compromised. However, it is much more difficult to hack than public Wi-Fi, which attackers mainly have their sights set on.

Since there are a few options in the ways you connect to the Internet via your mobile device, there is hope. When it comes to public Wi-Fi, there are more opportunities for attackers to exploit vulnerabilities via your connection over Wi-Fi than over 4G. As far as the security of these connections, here’s how they rank from most secure to least secure:

So, really, the safest way to ensure your security while on the go is to use a multi-layered approach. The use of anti-malware protection, firewalls, VPNs, and online common sense are also vital.

The use of technology in law firms is accelerating at a rapid pace. In many practices, pen and paper are on the way out in favor of online productivity tools and cloud storage. Even tools that are familiar, like Microsoft Office, have been updated and improved. To get...

How Oil and Gas Companies Leverage Technology to Accelerate Growth

Is it Time for Outside IT help for your Dallas Financial Services Firm?

Four Questions to Ask When Considering an IT Partner

For a small business, knowing when to bring on an IT partner is a big decision. On the one hand, any added expense can be nerve-racking for smaller organizations. On the other hand, efficient and effective use of technology can be a game-changer. Better security,...