There are three common social media services that can benefit businesses if used in the right way. One of the most popular is Twitter, which is a service that allows users to broadcast their thoughts and ideas in short form to the public or their followers. At first look, Twitter is straightforward but there is one mistake many users make that could harm the reach of their posts.

Social media is an always evolving idea, so what works one day won’t necessarily work in the near or foreseeable future. Combine this with the various changes and features of the different social media platforms and it is nearly impossible to master every service.

When it comes to Twitter, one of the most popular features is using @username to bring the tweet to the attention of the user and to tweet about them. When you do this you and the person will be able to see it, along with people who follow that person.

The problem is, many people put the @username at the beginning of the tweet. What this does, as we stated above, is only make the tweet visible on your feed, to the user and their followers. Why is this a problem? Well, it comes from how most businesses use Twitter. They use it to share content, e.g., a blog article or a video, etc.; to essentially tweet about the person, not at them. You see this in many tweets, for example, “@microsoft’s new blog is great. Read it!”

While you want to share the content with people other than those who created it, putting @user at the front of your tweet actually limits the audience to the person who created the content and their followers – in other words the opposite of what you intend, unless Microsoft is your target audience of course!

How do you avoid mistake tweets?

If you are looking to tweet about someone or the content that user has created, using the @user is still a good idea because it will bring to the content-creator’s attention that you are sharing their content. This is a great way to form relationships and even have these individuals and businesses share your content. In turn, this can help increase the potential of your content being seen by a wider audience.

For many tweets it makes sense to put the @username first as it helps make the overall tweet easier to read. The problem is, this will also limit your audience. So, for those who want to have their cake and eat it too, so to speak, add a period before @username e.g.,” .@microsoft’s new blog post is great. Read it!”.

What this does is ensure that the tweet isn’t addressed only to the user, but can be seen by everyone.

Looking to learn more about utilizing Twitter or any other social media as a part of your marketing strategy? We have a lot to tweet about and can help you tweet too. 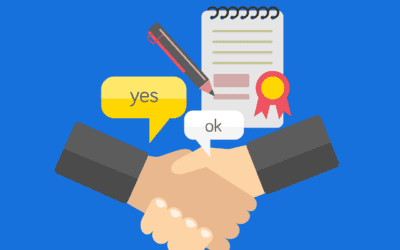